Alfa Romeo in Formula One: Back on Track!

We talked about it last November, the Italian brand is back in the Formula 1 World Championship. Back after more than 30 years of absence, the manufacturer seems determined to write a new exciting chapter of its unique sporting history and legendary!

Charles Leclerc the Monegasque pilot of the ALFA ROMEO team has already proved itself!

Born in 1997 in Monte-Carlo, he started at the age of 5 on the Karting tracks of Brignoles. He made his debut in the Renault 2.0 formula in 2014. In 2016, at the age of 18, he joined the prestigious Ferrari Driver Academy. He starts this year in Formula 1 with Alfa Romeo Sauber F1 Team, and the beginnings are promising!

He scored his first points at the Azerbaijan Grand Prix and was named pilot of the day! On this first race in F1 he arrived in 6th position after having spent most of the race in the top 10.

The rookie of the F1 has still made a great race at the Grand Prix of Spain and savored a second finish in the points places at the wheel of his Sauber. With a finish at the 10th place he continues to score points in the world championship!

The Principality of Monaco is looking forward to seeing its third representative in Formula 1 driving! See you in 15 days Circuit of Monaco. 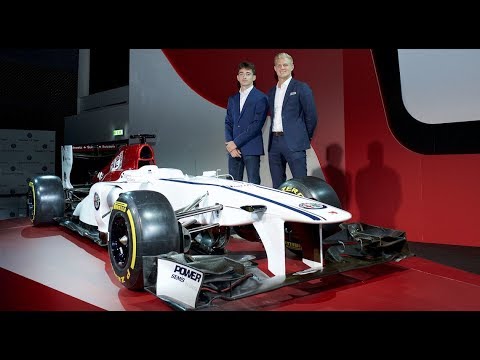 Back
Compare Saved Vehicles
Top
Close
Your Cookie Settings
Select your cookie settings
Strictly Necessary Strictly Necessary cookies are essential to let you move around the website and use its features, such as accessing secure areas, shopping baskets and online billing. These cookies allow our website to provide services at your request.
Functional Functionality cookies are used to remember the choices you make, e.g. your user name, log in details and language preferences. They also remember any customisations you make to the website to give you enhanced, more personal features.
Targeting Targeting cookies collect information about your browsing habits to deliver adverts which are more relevant to you and your interests. They also measure the effectiveness of advertising campaigns.
Save Settings
Cancel Changes

Your settings will take affect when you refresh the page or move to a new page. Find out more about cookies

This site uses cookies and related technologies for site operation, analytics and third party advertising purposes as described in our Privacy and Data Processing Policy. You may choose to consent to our use of these technologies, or further manage your preferences. To opt-out of sharing with third parties information related to these technologies, select "Manage Settings" or submit a Do Not Sell My Personal Information request.